It took me a long time to understand ( to a higher degree ) about how everybody’s values are different in life , during different points of their life. I have been wrong on multiple occasions, when I thought it was a no brainer for certain decisions but some people thought otherwise.

An example of this would be : A very accomplished female executive will very likely move family up her priorities ahead of career when she is preparing for motherhood.

I see this too often whereby someone worked extremely hard to get what they want – wealth , intellect and so on. That’s great, but they also use the same ‘ success indicator ‘ on another person. So if someone possess more money or little money , they will be labelled as successful or unsuccessful ( someone to avoid ). I’m also going to assume that if this person’s values change for certain reasons like becoming a parent, having a happy family would be top of the priority list. That means he/she may envy the person who is not rich, but have a happy family. There’s a huge flaw to this thinking because it does not consider another person’s set of values that are different.

I made this mistake far too often than not and this resulted in me being a person that I would not like to be – possibly unkind or judgmental.

In my 20s, I have a set of values and priorities and I fight fiercely for them. Crossing over into my 30s, I try not to impose my set of values on people.

Sorry, the comment form is closed at this time. 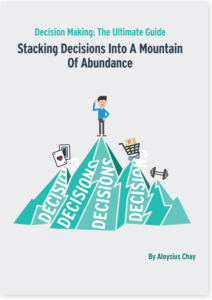